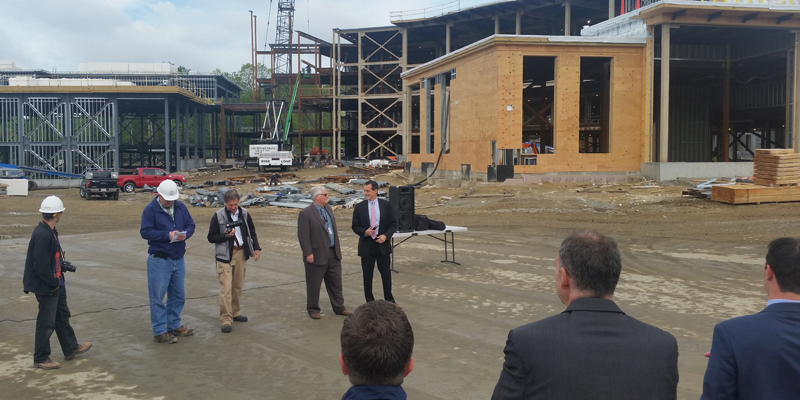 On May 23, staff from our Boston office watched with City and school officials and the design and construction project teams as the final steel beam was placed on top of the new Beverly Middle School. When complete, it will be the largest middle school in the state of Massachusetts. The new four-story, 231, 500 square foot academic building will house 1,395 students in grades 5-8 starting in the fall of 2018. Beverly Superintendent of Schools Steven Hiersche and Mayor Mike Cahill spoke to the gathering crowd minutes before the last beam was raised and set in place.

The new school will replace the 94 year-old Briscoe Middle School and is currently being constructed upon the site of the old Memorial Building, a former High School and Middle School which was turned into municipal offices over a decade ago. After nearly two years of community discussions for this project and development of the design, significant grade reconfigurations of the City’s six neighborhood elementary schools were made to accommodate enrollment growth in the City.

"This project has been a catalyst for 'rethinking' the way middle school education is taught in Beverly," explained Tom Ellis, Heery VP, Area Manager. "This has resulted in an educational driven program building design which has been met with high praise from the Massachusetts School Building Authority."

The building is organized around two clusters of grades 5/6 and 7/8, each centered around a two-story cafeteria/common area.

Heery is providing Owner Project Management services for the $90 million construction of Beverly’s new middle school. Prior to the start of the project, Heery worked closely with the City of Beverly to establish the budget, maximize state funding and keep costs under control throughout the design process.  The City of Beverly followed Heery’s recommendation to utilize the Construction Manager at Risk (CMR) Delivery Method to accelerate the occupancy date of the school.  By utilizing the CMR method, early site packages were issued to initiate demolition, site work and foundations well before the completion of the construction documents. This early work will allow the faculty, staff and students to occupy the new school at the beginning of the 2018 school year, one year earlier than originally anticipated. 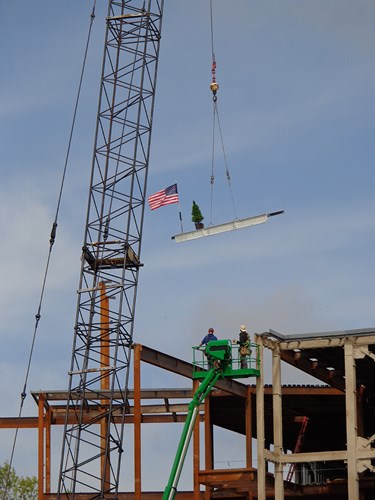