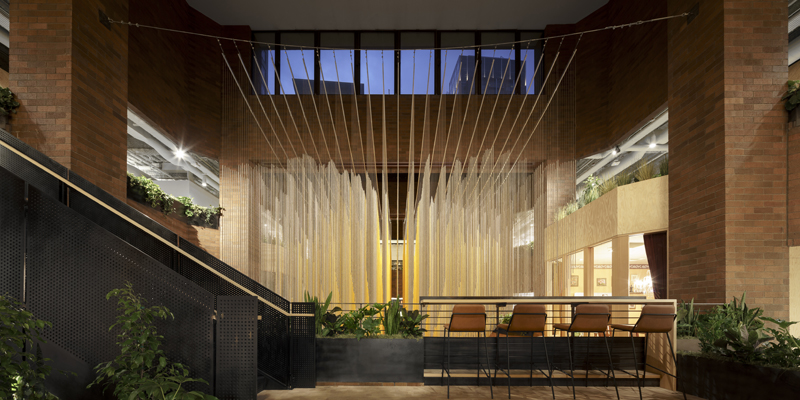 Airbnb put down permanent roots in Seattle with a new office that makes the vacation rentals company the latest well-known tech brand to grow rapidly in the region after initially establishing a co-locating space with WeWork in the city’s Westlake area. Seattle is Airbnb’s third engineering hub outside of its San Francisco headquarters.

In 2017, the company signed a six-year lease for two floors at the 8th + Olive building in downtown Seattle, totaling 42,000 square feet with room for approximately 300 people. The expansion is necessary as Airbnb continues to grow its Seattle team, recruiting heavily from the area’s deep engineering pool of talent. 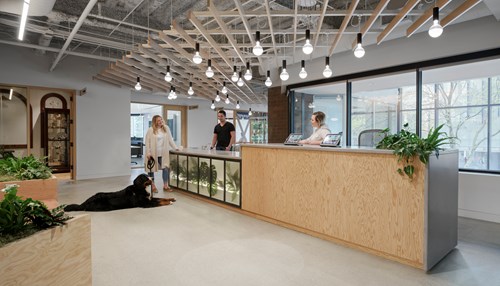 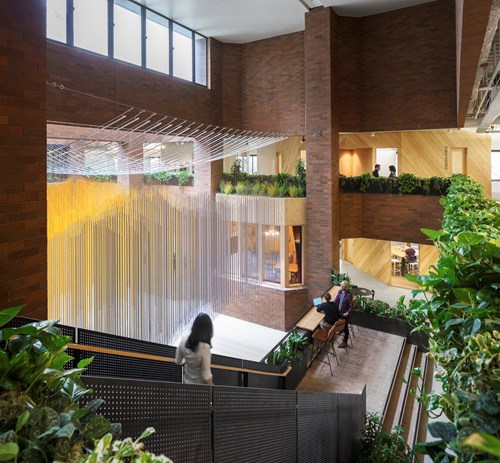 CBRE | Heery served as Project Manager and Construction Manager for the new office space which houses the infrastructure behind the company’s customer service operation and communication (messaging) between guests and hosts. Dan Gendreau, CBRE | Heery Managing Director, and Roxann Robinson, CBRE | Heery Construction Project Manager, worked closely with the client’s internal real estate project and design teams to procure the architect and general contractor and facilitated all phases of design and permitting, bidding, construction and closeout.

The end vision for the project was a space that excites and inspires, allowing its employees to perform at the top of their abilities to carry out the company’s mission of creating a world where anyone can belong anywhere. Brick walls, murals, bare timber and plants surround the communal areas with 12 of the 36 meeting rooms designed to showcase Airbnb listings from around the world. The office mimics the Seattle environment while allowing plenty of natural light in to offset the city’s often dim weather. 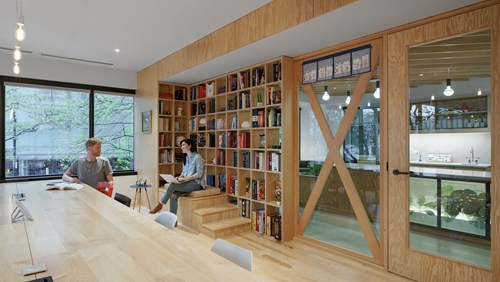 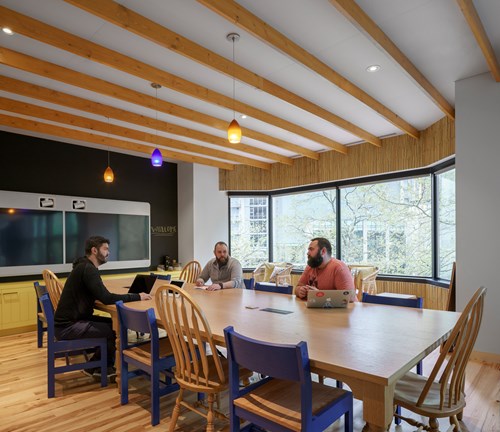 “The greatest challenge was in delivering the client’s visions and design that consisted of a very high percentage of completely custom interior construction,” Gendreau explained. “This heightened the focus on design, constructability, sourcing, schedule and cost.”

Upon the signing of the lease at the new office, the floors were clear and partially demolished to allow for tenant improvements. The space consists of two floors open to a center atrium spanning the height of both floors. The overall design included open workstations, conference rooms, and other amenities.  The atrium was a particularly challenging design item, where Airbnb analyzed several options, finally selecting a custom suspended artwork. Many custom items were utilized in the design throughout the floors, requiring a close collaboration between the Architect and General Contractor, with CBRE | Heery leading discussions related to constructability, cost, sourcing, and options to manage costs within targets and meet schedule commitments.  These, along with all other space program and construction were facilitated and administered by CBRE | Heery.